I finally did it, I dusted off my Excalibur Dehydrator and made a flat bread that is out of this world!  I wish I would have tripled the recipe because it went so fast. If you don’t have a dehydrator, have no fear because you can bake this recipe too.

Dehydrating , drying foods,  is one of the oldest methods to preserving food known to civilization.  Most of us have heard of the Chinese sun drying tea leaves;  as well as,  the sailors in the 15th century who also ate varieties of dried foods on long sea voyages.

You may remember from your History lessons that Columbus and his crew survived on dehydrated foods during their perilous voyages.  Nutritional diseases like Scurvy and Beriberi were common in that era; without these dried foods, long sea voyages would not be possible and Christopher might not have had so much fun! 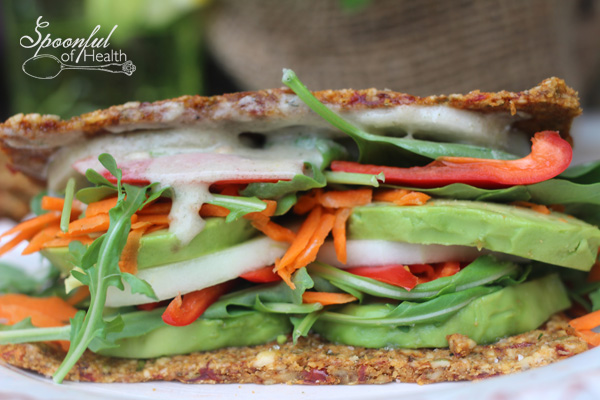 The French actually developed the first device that could speed up dehydration.  It dried fruits and vegetables at a regulated heat of 130 degrees and had circulating airflow much like the dehydrators we have today.

Dehydrated foods made their way into the American diet during World War I.  Troops were given these dried foods to survive because they were easy to ship and carry due to their light weight.  In fact, the Government helped develop “self-help” programs which made solar dehydrator plans available to people so they could dry their own foods.

With modern refrigeration making it’s way into homes, dehydrating was not as popular.  However, this process has been re-birthed!  The space program may have given it a push but the advantages of drying foods are wonderful for camping and hiking trips as well!

Personally, I would not be writing about this if there were no nutritional reasons to dehydrate!  When dehydrating fresh produce, you are preserving the vitamins and minerals .  As you may know, the nutritional content deteriorates as produce sits in the stores or even on the counter.

Also,  more nutrients are lost as food is cooked at higher temperatures. Generally, when dehydrating foods, one wouldn’t exceed 155 degrees as compared to baking at 350.  To give you an idea of this process , last week  I made fruit roll-ups and dried them at 135 degrees  for 8 hours.  The tomato flat bread recipe took about 10 hours at 155 degrees.

If you are considering purchasing a dehydrator know that there are many brands, sizes and investments.  I , personally,  love the Excalibur and all the reviews that I read were spot on! The highlights for me are that it has a timer, several shelves and is energy efficient.  Like I have pledged my allegiance to the Vitamix, I can do the same for the Cadillac of dehydrators too. 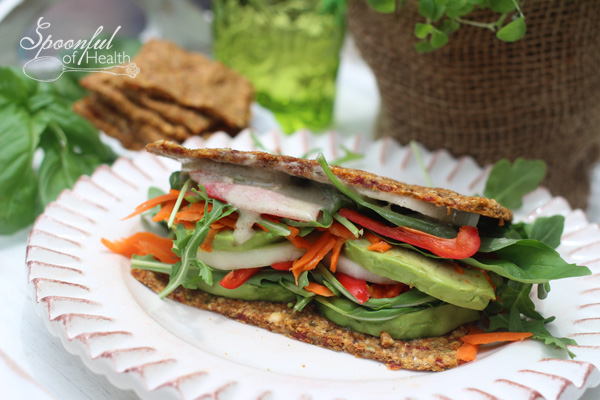 Print
Prep time
10 mins
Total time
10 mins
Author: Dawn Rofrano with Spoonful of Health
Serves: 4
Ingredients
Instructions
Notes
This recipe is packed with nutrition, especially protein , and low in carbs! I made my ranch dressing, piled on the vegetables and avocado for a filling and oh so yummy lunch! For a Nut Free option use pumpkin seeds (total of 1½ cups) instead of almonds. Miso paste is in the refrigerated section of your health market and can be used in soups for broth or other tangy recipes. Please use organic when you can.
3.2.1311

With a Spoonful of Health, 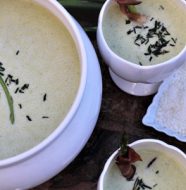 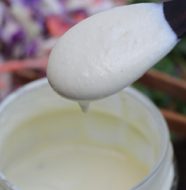 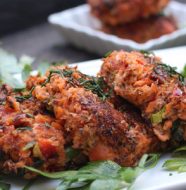 Receive Free Recipes in Your Inbox! 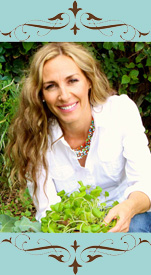 My love language is feeding and inspiring you to create with real ingredients that nourish rather than rob you of your health. You will find the best of gluten, grain, dairy and soy free recipes as well as raw, paleo, vegan and vegetarian creations on this blog. I also share useful health and nutrition tips that we teach at our Natural Medicine Clinic. Click here to read more... "Let food be thy medicine and medicine be thy food” -Hippocrates- father of medicine